Who we are and what we stand for

The vision of Albinism foundation is:

Albinism is a group of inherited disorders resulting in little or no production of the pigment melanin in the skin, hair and eyes. Because one function of melanin is to absorb ultraviolet light, most people with albinism are sensitive to sun exposure and are at risk of developing skin cancer.
Although there’s no cure for albinism, people with the condition can take steps to improve vision andavoid too much sun exposure.

A disability is an impairment that may be cognitive, developmental, intellectual, mental, physical, sensory or some combination of these. It substantially affects a person’s life activities and may bepresent from birth or occur during a person’s lifetime.
Persons with disabilities include those who have long term physical, mental, intellectual or sensory impairments which in interactions with various barriers may hinder their full and effective participation in society on an equal basis with others.
Persons with albinism are classified as persons with disabilities on the ground that in them interacting with various attitudinal and environmental barriers, these same barriers hinder them from participating on an equal basis with other people in society. Thus the Persons with Disabilities Act of 2012 categorize them as persons with disabilities, as per its definition of disability.

WE, THE PEOPLE WITH ALBINISM IN ZAMBIA REALISING that never before has there been an organisation to promote the welfare of persons with albinism in our country, DETERMINED to uphold and exercise our inherent and inalienable right as citizens of Zambia to decide, appoint and proclaim the means and style to tackle issues affecting us, RESOLVED to fight discrimination, myths, beliefs and misconceptions that our society at large has placed on our condition, AND FURTHER RESOLVED to formour own organisation to act as a voice on issues that affect our well-being,

The founder of the Albinism Foundation of Zambia (AFZ) is Mr. John Chiti the renowned musician who is also the first person with albinism to come out in the lime light in Zambia.

Upon making a break though in music in 2008 and through his musical tours around the country, Chiti came to interact with other people with albinism and saw their sufferings. He then began to mobilise the albinism community using his own recourses and later formed this foundation through which they could profile their concerns on issues of governance to government and stake holders.

The Albinism foundation of Zambia was thus established in 2008 as a non-governmental organization that works to promote the welfare of persons with albinism in Zambia. It is also the first albinism organization in Zambia as there was no such organization before it. 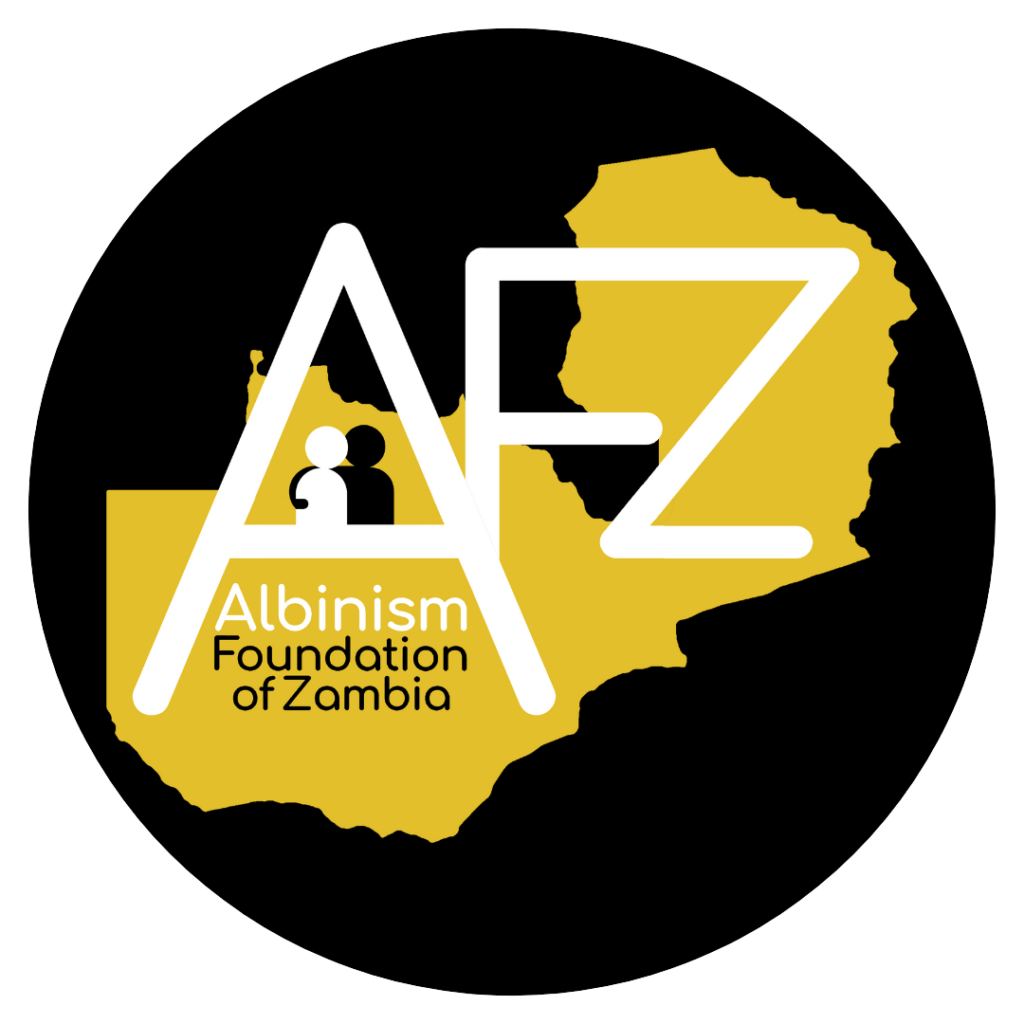 The Foundation is established solely for the following purposes;
 To defend and protect PWA from all forms of discrimination, exploitation, violence and abuse
through strategic advocacy including paralegal services,

 To promote and advance the rights of persons with albinism in the Republic of Zambia and
promote inclusion of PWA in all aspects of life,

To fight discrimination, myths, beliefs and misconceptions that society has placed on persons
with albinism and educates the general public on the condition through all possible ways,

 To lobby government and other establishments to eradicate diseases that persons with Albinism
are prone to, by ensuring that skin lotions and assistive devices are readily available and
distributed freely to them,

 To promote the rights and fundamental freedoms of PWA outlined in the United Nations
Convention on the Rights of Persons with Disabilities (CRPD) and other international human
rights covenants and national legislation,

 Equal participation of men and women with albinism

 Inclusion and participation of marginalized groups of persons with albinism

AFZ membership is divided in the following categories:

Never miss one of our Events?